Concordia Research Station, which opened in 2005, is a French-Italian research facility that was built 3,233 m (2.0 mi) above sea level at a location called Dome C on the Antarctic Plateau, Antarctica. It is located 1,100 km (680 mi) inland from the French research station at Dumont D’Urville, 1,100 km (680 mi) inland from Australia’s Casey Station and 1,200 km (750 mi) inland from the Italian Zucchelli Station at Terra Nova Bay. Russia’s Vostok Station is 560 km (350 mi) away. The Geographic South Pole is 1,670 km (1,040 mi) away. The facility is also located within Australia’s claim on Antarctica, the Australian Antarctic Territory.

Concordia Station is the third permanent, all-year research station on the Antarctic Plateau besides Vostok Station (Russian) and the Amundsen–Scott South Pole Station (U.S.) at the Geographic South Pole. It is jointly operated by scientists from France and Italy and regularly hosts ESA scientists.

The last Busler from Concordia

Beginning of the winter campaign 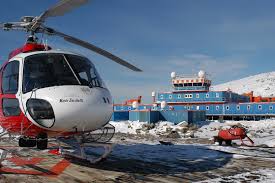 Copyrights © 2018 PNRA & IPEV | All rights reserved.
This site use cookies. By continuing to browse the site, you are agreeing to our use of cookies. OkPrivacy policy